The enlightened versus the opinionated?: A Defense of Conviction

Ann Coulter has never been accused of lacking conviction. The Internet is littered with some of her gems, like “Liberals become indignant when you question their patriotism, but simultaneously work overtime to give terrorists a cushion for the next attack and laugh at dumb Americans who love their country and hate the enemy.”

Our society might not exactly be suffering from a lack of conviction.

On the contrary, opinionated commentators crowd the newswires, people march daily holding incendiary signs and shouting slogans, and comedians make their livelihoods expressing opinions no one else would think (or dare) to express.

And yet, the image and benefits of conviction seem to be suffering in our times, as any perusal of an online comments section will confirm. Bombarded by aggressive and poorly constructed convictions on all sides, a wise person might rightly seek refuge from this sphere of thought.

And they would have a lot of intellectual history to back them up.

The Intellectual Stance Against Opinions

Western philosophy has a deep-seated ambivalence toward opinion-making, as least as old as Socrates. This well-known rabble rouser of ancient Greece used to pull his fellow Athenian citizens aside and ask them a battery of questions about their opinions — about the nature of “the good” and piety, for example — that eventually led to the wholesale destruction of these opinions.

Socrates’ incessant questions threatened to turn everyone into a skeptic, and so he was put on trial for corrupting the youth. His method of persistent questioning has come to be known as the Socratic Method.

From this classic example, a true “lover of knowledge” (the meaning behind the Greek root word for “philosopher”) may be tempted to think that expressing an opinion is something a wise person must not do.

Similarly, a Huffington Post article called “The Leader Obama Wanted to Become and What Became of Him,” by David Bromwich, paints a picture of a politician with a minimal record of policy convictions, despite his sometimes galvanizing rhetoric. Bromwich makes the case that Obama is a politician of “preferences” rather than a man of conviction. His pattern of dealing with clashing ideas comes from his experience in conflict mediation, the skill of accommodating all views rather than pushing for one or another.

The progress of science and the scientific mindset also highlights our low esteem for opinion-making. The best scientists are said to be the most pure of skeptics — they only stand behind claims that are backed by refutable evidence that can be replicated. The Age of Science seems at first to have little room for opinions that don’t fit this framework.

And yet, as the scores of liberals disappointed in Obama will attest, the role of conviction in bringing about positive social change cannot be stressed too much. And further, well, the world loves a wit. 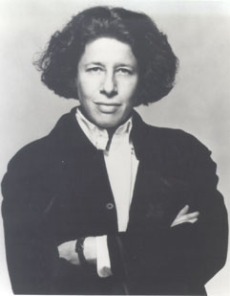 Fran Lebowitz, American writer, lecturer and humorist, earned much of her notoriety through firmly worded opinions such as “Very few people possess true artistic ability. It is therefore both unseemly and unproductive to irritate the situation by making an effort. If you have a burning, restless urge to write or paint, simply eat something sweet and the feeling will pass.”

Despite how personal and limited our opinions are, they may still have a place in both Eastern and Western enlightenment theory. And the difference is not in the kinds of opinions we make, but in the kind of opinion-maker we strive to become.

At the heart of Eastern enlightenment theory is the idea of detachment and egolessness. The goal, to be free of suffering, comes at the cost of our ego, or our idea that we are one and the same with a particular idea we have about ourselves and our personalities.

Eastern enlightenment describes a state of being that, even if we could attain it for a while, is never really permanent. Still, the work we do to get close to the ideal is work that eases the suffering in our lives.

When we loosen up the ideas we have about ourselves, we become freer. Opinions made from this frame of mind are held just as loosely. Our egos are not wrapped up in our opinions, in how right we think we are, and so it hurts us less to be contradicted. We might state our opinions with the certitude of a wit or a political pundit, but ultimately these ideas do not penetrate us very deeply.

In the West, the tradition of enlightenment is roughly synonymous with the rise of the Scientific Age. Thus, we are forced to see the limitations of our opinions and, what’s more, to be open to more data and perspective that might help us improve them.

The controversial idea here is that, indeed, some opinions are better than others. Although they are ultimately subjective decisions based at least in part on personal or cultural values that others may not share, the best opinions are those that have seriously wrestled with their alternatives.

For example, neither the pro-choice or pro-life opinion on abortion is inherently better because they raise issues of value that are ultimately non-negotiable for either side, but one particular statement of these opinions may be the best (and most persuasive) if it has calmly and rationally reasoned through all of the arguments raised by the other side.

Both Eastern and Western ideas of enlightenment give us clues about how best to develop and express our convictions. From the East we learn not to hold too tightly to our opinions in order to lessen our suffering. From the West we learn to seek the continual improvement of our opinions by remaining open to alternative ideas and perspectives. These views are mutually beneficial.

A Defense of Conviction

So why go to all this trouble to revive the opinion?

Opinions are the fabric of our cultural consciousness. They inform our struggles for change and greater social justice. They mold our interactions with other people and determine how well we can relate to the people around us. And conviction can add the spark of wit, of courage and intelligence to our lives.

So consider the blind spots of your own opinions, and learn to welcome contradiction without labeling it as conflict. There need not be a chasm between conviction and wisdom.

We can have the best of both worlds.