Mmm, that’s good camel: on the pursuit of happiness

I’m obsessed with stories about much older people. I want to empathize with the thoughts and concerns of old age, because there are important clues there. Clues about what really matters.

Look at the most common regrets of the dying. Back in 2009, a hospice worker named Bronnie Ware wrote a blog post about her conversations with the terminally ill. It went viral and she eventually turned those ideas into a book The Top Five Regrets of the Dying. They are:

I return to this list every few months. It helps me evaluate my decisions and the overall trajectory of my life. On a similar note, I’ve just finished reading yet another novel of survival during the upheavals of wartime in the twentieth century. 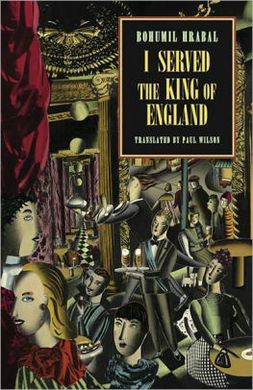 I Served the King of England takes place in the former Czechoslovakia and witnesses the rise of fascist Nazi Germany and the subsequent dominance of communism. Our humble narrator is not especially brilliant, moral or striking in any way. He passes his time progressing from one ultimately unfulfilling passion to another: from sex with beautiful prostitutes, to a preoccupation with wealth and status, to love and submission to his fascist wife’s dreams of giving birth to the New Man. Meanwhile, central Europe is slowly coming to terms with the emptiness of its own transient obsession with racial purity and economic utopianism.

Ditie, our narrator, eventually takes off to the edges of civilization to live in solitude and reflect on his life. He meets a misanthrope professor and watches him transform a young girl into a rare beauty by teaching her higher realms of thought. Her growing sensitivity to literature makes her rare and special, and it amplifies even her physical appeal. Later, after Ditie takes a dead-end job maintaining a country road in the middle of nowhere, he reflects:

“On my way [home] I’d think things over, talk to myself, go over everything I’d said and done that day, and ask myself whether I’d said or done the right things. The only right things were the things I enjoyed — not the way children or drinkers enjoyed things, but the way the professor of French literature taught me, enjoyment that was metaphysical. When you enjoy something, then you’ve got it, you idiots, you evil, stupid, criminal sons of men, he would say, and he’d browbeat us until he got us where he wanted us, open to poetry, to objects, to wonder, and able to see that beauty always points to infinity and eternity.”

Here I think the author points to a philosophy of life centered on deep enjoyment. Deep enjoyment does not include simple, momentary pleasures like a tumble in the sheets or a sumptuous feast. Deep enjoyment also has little to do with extrinsic motivations, like a preoccupation with status or a well-ordered society. Deep enjoyment springs forth from the innermost parts of ourselves, the fully human parts, beyond the mere struggle for survival, that crave beauty and transcendence.

To be more precise, a philosophy of life based on enjoyment addresses the first and last regret on Ware’s top five list. Sex and money are not sources of deep enjoyment for Ditie because he has only a shallow intrinsic appreciation for these things. They are means to something else, namely, the respect and admiration he craves from others. He’s driven to satisfy the crowds. Unfortunately, their validation comes rarely, it’s complicated by politics and social norms, and it’s unreliable.

I think this is a chief criteria for enjoyment and happiness: intrinsic motivation. Perhaps a tumble in the sheets or a sumptuous feast could be a source of deep enjoyment for someone, despite the assumed simplicity and brevity of these activities. To a dedicated connoisseur, perhaps a passionate Casanova or a discerning gastronome, these experiences might be as elevated as any literary gateway to wonderment and beauty. 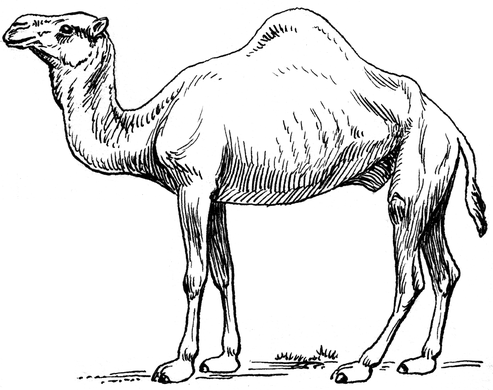 In fact, I Served the King of England includes a funny scene during a banquet in honor of Haile Selassie, famed Emperor of Ethiopia, in which a banquet guest is driven to paroxysms of delight on eating a rare African delicacy: camel stuffed with antelope stuffed with turkey stuffed with fish and hard-boiled eggs:

“Then something happened that neither I nor anyone else … had ever seen before. First, a government counselor, a well-known epicure, was so enraptured with the barbecued camel that he stood up and yelled with an expression of bliss on his face. But it tasted so delicious that not even that yell was enough, so he did what looked like a gymnastics routine, then started pounding his chest, then ate another piece of meat dipped in the sauce … Finally the counselor couldn’t contain himself any longer and ran out of the hotel shouting and dancing and cheering and beating his chest, and then he ran back in again and there was a song in his voice and a dance of thanksgiving in his legs. Suddenly he bowed deeply to the three cooks, first bending to the waist in the Russian style, and then right to the floor.”

Please pass the camanteturkefishegg, I guess. If only our lives had more rapturous enjoyment like this, right? Can you even imagine it?

It’s fitting that the narrator describes his ecstatic diner as an “epicure,” because what we’re talking about fits nicely with the ancient Greek philosophy of Epicurus. Epicureans believed that the purpose of life was to achieve happiness, meaning the deep forms of enjoyment. Epicurus popularized a form of communal living where people shacked up with their friends and dropped out of the rat race to focus on achieving mindfulness and pursuing their artistic and intellectual passions. Now that I think of it, this approach takes care of Ware’s top five regrets pretty succinctly.