The Appeal of the Genteel: Ben Franklin beyond work

Back in the day of the American colonies, only two classes of people seemed to exist: the genteel class and commoners. Upward social mobility was a very real possibility for some men, typically through the grace of patrons and at the expense of women and slaves. But despite the dark underbelly of history, the colonial ideal of gentility still inspires me. In particular, the life of Benjamin Franklin* is a shining example of how best to marry a life of hard work and industry with one of avid pleasure-seeking.

Stumbling through Franklin Court in Philadelphia, a warm facade of brick surrounds you nearly on all sides. Orange brick underfoot draws you to a cobblestone path leading into the yawning mouth of a red brick archway—Fragments of Franklin Court on your left and the Franklin Post Office to the right. The Ben Franklin Museum is here, and a fun diversion if you can withstand the stimuli overload of tens of digital displays talking over each other.

Outside, there’s a pleasing symmetry in the Court; you can all but hear the voices of sedulous architects and craftsmen echoing through time from over in Carpenter’s Hall, just a short walk away. Even the bricks themselves suggest a rugged, pre-industrial work ethic.

This reminds me. At Fort Sumter in Charleston, South Carolina, you can see the imprints of slave fingers on the bricks at the site of the first assault of the Civil War. I will never look at bricks the same way again. Although I don’t know what kind of labor took on the original brickwork at Franklin Court, in my mind brick itself is a symbol for unrelenting human effort.

The aura of this historic place honoring the memory of Ben Franklin very much suits his US American reputation as a pragmatic, self-starting capitalist. What it does not so clearly evince is the lavish, profligate side of Franklin—the theatrical inclinations that earned him a cool reception in the colonies even as he became the very toast of Europe.

Ben Franklin’s true story contains an inspiring balance of hard work and hedonism, and it might all be rooted in his ambition to become a gentleman. But first, what did it mean to be genteel in colonial times?

Ben Franklin, looking every bit the gentleman from his perch near Independence Square in Philadelphia.

The genteel class were well educated. They exhibited the highest standards of good manners in polite company. Perhaps most importantly, they didn’t need to work for a living. But the standard bearers of this privileged elite would never choose to rest easy. Instead they avidly pursued a life of the mind or a calling to public service. Some gentlemen, like the elder Ben Franklin, pursued both.

But to call these men career scientists, writers, or professional politicians would have been a slap in the face. These genteel pursuits exemplified the full flourishing of humanity, utterly beyond and even fundamentally at odds with the economic struggle for survival.

To work was the pitiable obligation of the commoner. To work was on par with an animal’s struggle to provide food and shelter in a harsh, competitive wilderness. But a gentleman might study for hours, he might pore over scientific experiments or urge a room of clashing delegates to compromise, but he most certainly was never working. This is the mindset; some people are born into it, and others must begin life as a commoner and ascend the social ladder.

Benjamin Franklin was born the poor son of a soapmaker, and despite the truth behind his meteoric rise he would become—after his death—a national archetype for the self-made man and a personification of the American Dream. In fact, Franklin’s remarkable ascent through the ranks of colonial society may have been a roughly equal parts mixture of raw talent, hard work, a society that nurtured many ambitious white males, and the continual generous support of aristocratic patrons. Without even one of these components, the magic would not have happened.

Long story short, whip up this recipe for success and you have Franklin entering retirement at age 42.

A printer like the one Ben Franklin used to rise up from poverty, on display in Franklin Court.

So what did Franklin do with his newly earned gentility? Well, you can bet he commissioned a few try-hard portraits of himself during these years. Franklin was never so great a man that he transcended vice and vanity in particular. But when it came to genteel pursuits this former printer could now access, Franklin first turned his passions to science.

While many people today are at least vaguely familiar with Franklin’s experiments with lightning, during his own time Franklin’s work with electricity was a kind of international calling card. It helped grease the wheels in many a genteel French salon, and in some cases it added an aura of seriousness and intelligence to what would become a cartoonish persona.

This persona came about during Franklin’s second major genteel pursuit: the life of a public servant. Now, if you’re not familiar with Franklin’s political evolution, the facts about it might give you whiplash. You see, good ole Ben was a vociferous British loyalist for much of his adulthood. He went to fairly extreme measures to get King George to interfere more in the activities of the colonies, in Pennsylvania especially.

Much of this occurred while he was living in London for more than a decade, castigating colonial culture as crude, excessively puritanical, and in need of a firmer guiding hand from the British Empire. In fact, he was rather old by the time he became a revolutionary—certainly much older than the 30-something whipper snappers drafting declarations and ratifying the Articles of Confederation.

So if you ever have a profound change of heart but fear making waves in your professional and social circles, consider Ben Franklin your patron saint of burned bridges. The personal risks he took and the relationships to which he set fire are staggering, to put it mildly.

All this is to say that by the time American rebels were ready to reach out for foreign aid to beat back the British imperialists, they needed a diplomat who could ingratiate himself overseas. That diplomat was Benjamin Franklin, who despite having only tepid trust from fellow Americans (recalling his loyalist roots) still captured the respect and admiration of French allies familiar with his scientific achievements.

It’s the French Ben Franklin that tickles my fancy for calculated whimsy and the potent sensuality of the genteel ideal. In France, Ben Franklin became a caricature of himself; he’d walk about looking something like the Quaker oatmeal man with a racoon fur hat perched on his balding scalp—and the French ate it up. It delighted them; they painted his likeness on china plates and jewelry boxes. Even the aristocratic class was prone to fetishize this parody of staid American frontier rebel. Franklin practiced manipulative self-branding before it was (ahem) cool.

And still Franklin was careful not to alienate the French ruling class. A humble frontier rebel doesn’t have near the same romantic appeal in 18th century France if he can’t loosen up and live a little. So Franklin played into the more indulgent side of aristocratic culture, with relish. Still married, he pursued romance with ladies of status, he partied, he ate rich foods and he drank to excess and brought on a wicked case of gout that he wrote about:

The John Adams miniseries from 2008 (starring Paul Giamatti as the titular character and Tom Wilkinson as Ben Franklin) captures this delightfully flexible side of the founding father. Next to Adams’ exacting moralism, Franklin was a persuasive pragmatist, an opportunist, a brilliant marketer and even a liar if it suited the moment. In one scene, Franklin asks Adams what he thought he had to gain by being a lone contrarian during a delegate vote.

“Do you not believe in saying what you think?” Adams asks, incredulous.

Franklin grunts. “I’m very much against it. Thinking aloud is a habit responsible for much of man’s misery …”

If you draw certain conclusions from the values-based content and the subtitle of this website, you might have mistaken me for a follower of Adams. In truth, at this point in time I must concede the superior inclinations of Franklin. Even though his behaviors scandalized staunchly moral people like Adams, and even though his cartoonish self-promotion may have cost him the reputation of a man of great integrity, Franklin’s methods ultimately worked. He’s largely responsible for drumming up French support for the American Revolution, a war we would have otherwise lost.

I’m hesitant to say this mode of diplomacy and behavior is the ends justifying the means. That ethic, thus stated, is an abstract principle applied to life generically. What interests me most as an advocate of mindfulness is a fuller appreciation of present context. It’s loosening our rigid and ego-driven enslavement to abstract principle in favor of striving to understand the complexity of the moment and what that moment calls for. Sometimes the moment calls for indulgence.

And boy, did Franklin know how to indulge. I mean, this man went deep into the pleasures of a life of the mind and a life of the flesh. And he did it in such a way as to bring about the world’s first constitutional democracy.

This is why the colonial ideal of gentility still inspires me: Because by transcending our obsession with money and the Protestant Ethic of relentless hard work, I think we make room for a fuller, more abundant experience of life.

Right now we’re living through the rise of the gig economy and online entrepreneurship, and its given rise to a philosophy of “hustle culture.” Ninety-hour-work-week Elon Musk memes abound, and the motivational community is busy working to promote less sleep and more grind. Money, and the stupid toys you buy with it and the shameless ways you propagandize it online, is a common measuring stick of success.

But old school gentility was about accumulating enough so you could transcend money, not continue to worship it. And the ideal gentleman was not a self-serving profligate, but one committed to a common cause of freedom, intellect and culture. And now, even without the advantages of elite patronage, I think many more people than just white men can reach a state of gentility. More people than ever have the capacity to participate in government, to create art, and to engage in scientific inquiry.

As the National Park Service says in its pamphlet about the Liberty Bell in Philadelphia: “It’s crack is a reminder that liberty is imperfect, hopefully evolving to include those who have been denied full participation in a democratic society.” Ben Franklin offers us plenty of inspiration regarding the fullness of our participation. 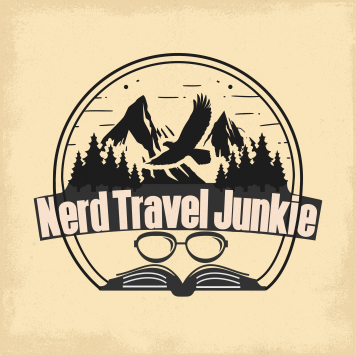